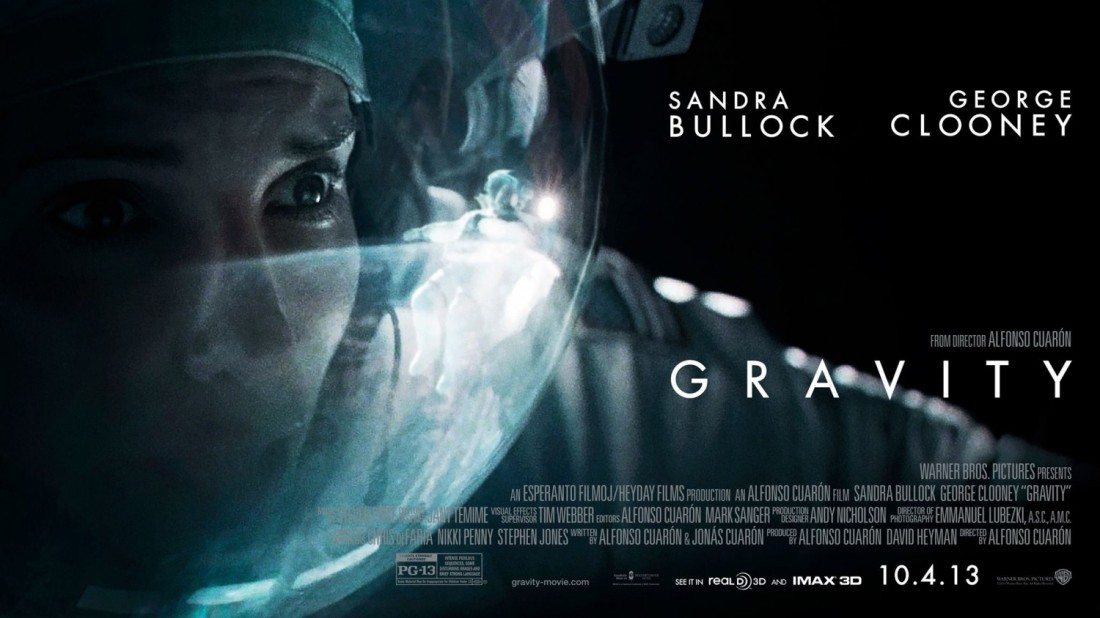 About 45 minutes into Gravity, it was looking like “Julia” finally had her own full-length movie. You remember Julia: that virtual-person whom the Obama campaign thought would serve as an effective advertisement for a subsidized life. Some hardhearted types, however, saw something else in that comic book ideology: a rootless Single White Female with only a bureaucracy to call home.

Gravity, a film critics have been wetting themselves over, could have been called Julia in Space. What happens when a smart professional woman suddenly realizes she is completely untethered, isolated in a way most of us could only imagine during one of those Thai-food-induced nightmares—no family, no friends, no home–only a government project gone terribly wrong that she cannot repair, and customer service closed for the day? What happens when she realizes she may never be all she can be, but that, in fact, she’s about to die—not some day, but today? What happens when she realizes there is no one to mourn for her, no one to pray for her soul?

“I can’t even pray for myself, because I’ve never said a prayer in my life. No one ever taught me how.”

What does “Julia” do when the utter vacuity of her existence is threatening literally to suck the life out of her?

Oh, you thought Gravity was about amazamatronic special effects and technical virtuosity! There’s plenty of that for sure. Mix the influences of Hitchcock’s Rope, some Wellesian set pieces, Kubrick’s 2001–and you have a cinematic marvel. Cuarón’s camera seems to float effortlessly in space right alongside George Clooney and Sandra Bullock, the film’s human stars. Perspectives shift seamlessly, from subjective to objective, macro to micro. One second we’re gazing down at the arc of planet Earth from 600 km in space; the next we’re inside Bullock’s space suit, hearing her hyperventilate as she drifts farther and farther from her craft.

Cuarón displayed a propensity for this kind of masterful, restless camera painting in Children of Men, a bastardized adaptation of the PD James novel (a film I so despised, my overheated review actually wound up linked to in its Wiki entry in the “detractor” column). What Cuarón and his cowriter, son Jonas, fails to do as a writer is make me care about anything except what’s actors on strings and what’s CGI.

The story, such as it is, begins with our protagonists performing repairs to the Hubble Telescope. Just as Clooney, doing his Danny Ocean best to charm us all, is about to finish his Mardi Gras story, Mission Control issues an abort code—an emergency alert that the Russians have shot down one of their own spy satellites, and the shattered space crap is hurtling through space at a bazillion kilometers per minute and headed in their direction. As Clooney and Bullock float their way to a now-abandoned Soyuz space station in the hopes of space-jacking an escape pod after their own craft is splintered by all that Russian sat crap, we’re treated to what constitutes the Hollywood backstory: Ryan (Bullock) has no husband (whether she ever did is unclear), and no daughter (although she did). All she has is her job. Floating in space.

We are supposed to be moved by this.

And when the voyage to Soyuz gets all tied up in literal knots, Bullock finds herself having to make a choice: play the martyr or the overcomer in her own shallow life story.

Which is really what this film is about: Ryan’s rebirth, her emergence from her shell, her hardened skin, to    begin life fresh on new terms—kicking butt and taking names. But before she can do that, she has to deal with the past. As Clooney tells her: “You have to learn to let go, Ryan.” Which is a very strange thing to say to someone who has nothing to hang on to for most of the film. And as if to reify this imperative, we are treated to a quite beautiful image of Ryan curled up fetus-like, having shed the dead weight of her space suit, reminiscent of 2001: A Space Odyssey’s Star Child.

But whereas Kubrick’s monolithic epic explored Great Questions accompanied by grand classical scores, Gravity is a very small event despite having the universe as backdrop, and has much less on its mind. It’s not about wo/mankind and its destiny. It’s about Ryan’s—a woman whose dad wanted a boy.

Sandra Bullock does a lot with a little here. She’s an enormously talented and likable actress, and Cuarón is lucky both Natalie Portman and Angelina Jolie turned him down. If anyone’s humanity could pop from amid the vast techno, it’s Bullock’s. But even she couldn’t turn what’s basically a $100 million Tony Robbins’ self-improvement project into anything resembling a catharsis.

Now there’s a more charitable interpretation of these events: This is the story of “Julia” leaning to pray, discovering that before she can plant her feet firmly on the ground, she must acknowledge a force greater than herself, greater even than the vastness of space. Once Ryan has made her way to the abandoned Soyuz station, she notices a holy card depicting an Orthodox icon of Jesus. Shortly thereafter she experiences what some could interpret as a supernatural event. Or a psychological trick played by an oxygen-deprived brain. In any event, she is reborn—again. Whether what has occurred is a 21st-century depiction of a medieval conception of ensoulment, or merely a really expensive therapy session in how to cope with death and denial, is in the eyes of the beholder.

So why didn’t I walk out of the theater singing the film’s transcendental praises? Maybe because by it’s end I wasn’t enraptured. I was giggling. Cuarón may be Mexican born, but he has succeeded in making a very American movie.

4 thoughts on “A Strange Review: Gravity”