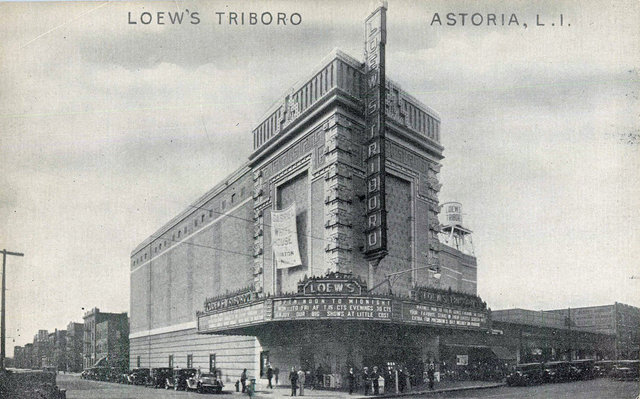 Howard Kissel, long-time film critic for such outlets as the New York Daily News, Women’s Wear Daily, and most recently Huffpo, has passed away. I had the pleasure of an entertaining and energetic conversation with him back in the early 80s about the films of John Ford. This was at a double-bill screening at the old Carnegie Hall Cinema of Martin Scorsese’s Mean Streets and that quirky sad near-miss Scarecrow, starring Al Pacino and Gene Hackman. I believe what precipitated the conversation was Kissel’s outrage over some other critic of note comparing Star Wars with a Ford western. Kissel was agog at the analogy.

This got me to thinking about all the old great movie theaters that dotted the Manhattan map years ago. For some, the Golden Age of cinema was the 1940s: think Citizen Kane, Casablanca, Gone with the Wind, The Wizard of Oz, etc., etc. But for film lovers of a certain age, it was most certainly the 1970s–think Patton, The French Connection, The Godfather I&II, The Conversation, Chinatown, Taxi Driver, and all the great comedies from Mel Brooks, Woody Allen, Neil Simon. It was a time when all the old Hays Office strictures were coming undone (the last bit of dirt would be thrown on them with the advent of the NR designation), and the Film Brats — Coppola, Scorsese, Lucas, Spielberg, DePalma — burst onto screens, not to mention the work of Robert Altman, Robert Towne, Bob Rafelson, and Hal Ashby. The great Sidney Lumet did some of his best work in the 70s (Serpico, Dog Day Afternoon, Network — although an argument could be made that the 60s were his best era: Twelve Angry Men, The Pawnbroker, The Hill, The Fugitive Kind). It also gave birth to the Opening Weekend Grosses obsession and the Blockbusters that came packed with ready-made merchandising.

And if you lived in New York City, there were so many great theaters to catch not only small and foreign films but also classics, revivals, marathons: the old Regency Theatre on Broadway that featured great double bills and stained, creaky wood floors; the Thalia uptown (near Columbia U, where I saw Shoot the Piano Player for the first time); the Thalia Soho (Vittorio De Sica’s little gem Miracle in Milan!), the back-projected Theatre 80 (Bergman’s The Seventh Seal and Antonioni’s L’avventura [OY!]); the 8th Street Playhouse (Eraserhead); the Bleecker Street (too many to name) — and of course, the Carnegie Hall Cinema, located in, you guessed it, Carnegie Hall. A grand old place with live organ music on weekends that was played to silents to mimic the original experience.

Add to these such theaters as the Sutton on 57th (Blade Runner); the Baronet/Coronet on Third Ave. (where I took my mother to see 84 Charing Cross Road, a film she fell in love with — in fact, the first picture my wife took on our first trip to London was of me standing on the spot where that bookshop once stood, knowing my mom would get the biggest kick out of it); the Manhattan Twin (never a great theatre, kind of icky with paper-thin walls, but convenient for me because it was on 59th Street, a block away from the bus that took me from Steinway Street in Astoria into Midtown — I saw George C. Scott’s execrable The Savage Is Loose there; I believe Scott actually rented that theater for a good six months or a year just to keep it playing somewhere); the tiny but elegant D.W. Griffith (where I took my sister to see the PG-version of Saturday Night Fever; I drove her crazy because every time we came to a scene that had been cut for objectionable material, I made scissor fingers); the 50th Street Guild, with a popcorn machine right behind the mezzanine seats (the last film I saw there was, I believe, Russia House — or maybe Beauty and the Beast); the New Yorker on the UWS (saw The Seven Percent Solution and Nickelodeon there, both with my dad); the Plaza (Fame, Le Bal, and Dirty Dancing); the Crown Gotham, which was right around the corner from the Sutton and down the block from the Baronet/Coronet and the 55th Street Playhouse, which was a weird space for a theater because it seemed to blend seamlessly into a bank (Penthouse‘s Bob Guccione rented out the Crown Gotham for a time to play his porno with pretensions Caligula, “starring” Peter O’Toole, Malcolm Mcdowell, Helen Mirren, and several of Guccione’s no-doubt mistresses); the 34th Street (where I saw both TItanic and Starship Troopers, though not on the same day — although that would make for a helluva mashup); the 34th Street East, which was a block away, natch, where I was forced to see the hideous First Wives Club and the almost as bad Everybody Says I Love You; the 68th Street Playhouse, which had a great balcony and was a sure bet for short-time foreign films (I saw Glenda Jackson in Stevie there on my 21st birthday don’t ask me why); the Loews Astor Plaza, where I saw Star Wars for the very first time — HUGE single-screen venue; the Beekman, where I stood online for I don’t know how long to see Hannah and Her sisters; the Art Greenwich (John Patrick Shanley’s Five Corners); and the Symphony, where I saw the glorious Wings of Desire sitting one row behind Dustin Hoffman.

Every last one of these theaters is gone, replaced by ludicrously expensive luxury apartment towers or high-end retailers.* And these are just theaters I frequented regularly; I’m sure there are more I’m leaving out — like one on 72nd Street, where I saw a screening of Big Trouble in Little China, also with my dad — and screens on Broadway and the upper Upper West Side, like the Olympia and the Edison. And don’t get me started about Queens! In fact, my first brush with death relates to a movie theater in Queens. It was on Friday, June 14, 1974. I had just graduated from elementary school and had a little money in my pocket and I was on my way to see The Lords of Flatbush at the great operatic Triboro Theater on Steinway Street — when what did I see in pathetic plastic on the gargantuan marquee? “Closed.” I will never forget that moment for the rest of my life. CLOSED? That massive edifice with chandeliers the size of Jupiter’s moons? CLOSED? That magnificent balcony you could hide in for days? CLOSED? Who could possibly have the authority to close such a place? Was this Nixon’s doing? It had been a fixture in Astoria since the 1930s! Surely it was a landmark! a tourist attraction! a monument to man’s creative capacities and gift for wonder! Surely it would outlive us all!

Which is what made leaving New York so much easier.

UPDATE (January 24, 2016): One more beautiful theater, the Ziegfeld, is slated to be closed, only to return as some sort of “corporate-event” ballroom. Ugh.

The possible exception may be Theatre 80, which I know had closed for a time. I’m not sure if this is the same theater reopened or a different theater that took over the name: http://www.theatre80.net/home

3 thoughts on “Movie Theaters I Mourn”